What cables and connectors should a radio operator consider? What are the strength and weaknesses of each kind and type? What is recommended?

There are many different types of radio antenna cable.  The two most common for radio are:

Others to know are:

All of these are 50-ohm cable which is different than 75-ohm Cable TV/Satellite/CCTV cable.  The Ohm is a measurement of resistance.

Can you use 75-ohm CCTV cable in an emergency?  YES!  (Might keep emergency connectors in kit)

To make matters more confusing, there are multiple kinds of the above types:

As a practicality, just purchase inexpensive RG-58/RG-8X cables, unless you have a special case.

Attenuation is loss of signal going through the cable.  We want to avoid that to keep our signal strong.

This means, you can use inexpensive cable for long runs when you are operating at a lower frequency (HF and below).  For VHF/UHF, then long runs (50+ feet) may need the higher performing cable (e.g., LMR-400), unless you can offset the loss with a high-gain antenna at a higher elevation.

There are dozens of kinds of connectors, each with a Male and Female portion.  Be aware there is a Reverse Polarity (RP) form that is not compatible with normal connectors.

Here are the most common connectors for two-way radio antennas and cables: 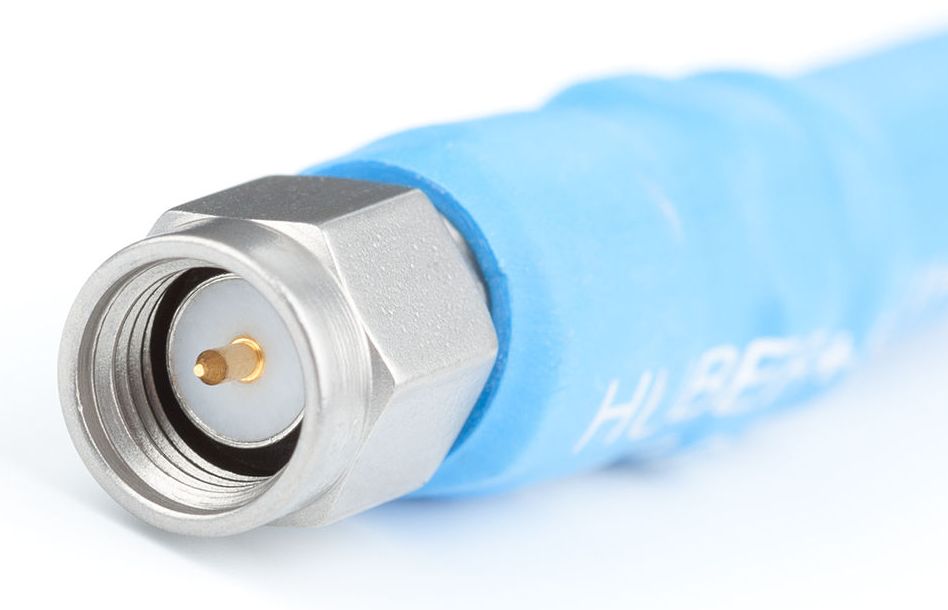 SMA (Subminiature Version A) was designed in the 1960’s for higher frequency microwave radio (0-12 GHz) using lower power.  This connector is rated for 500 mating cycles.  It is not waterproof and it’s not designed to hold heavy antennas (like the large folding one).  Baofeng use a SMA-M connector, and require an SMA-F antenna.  Yaesu and other radios use the opposite.  RP-SMA (Reverse Polarity SMA) antennas and cables for Wi-Fi are more common than regular SMA and are not compatible. 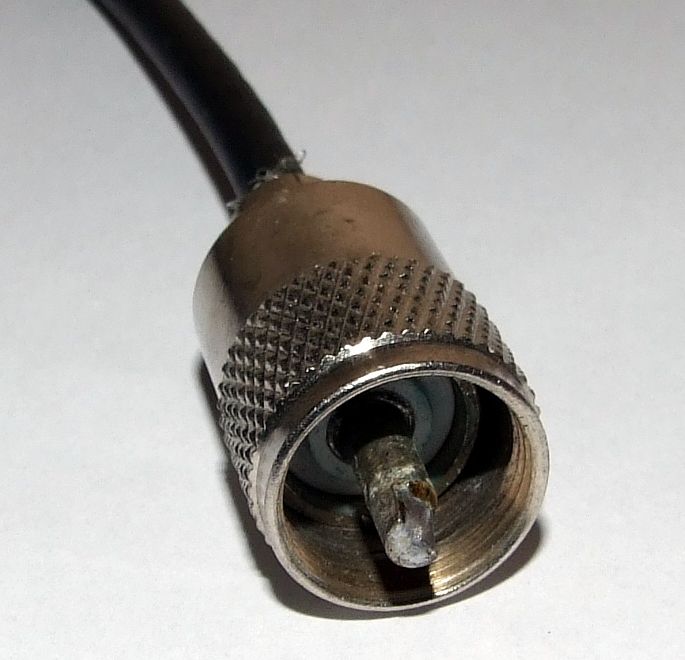 PL-259/SO-239 connector (also known as a UHF or CB Radio connector) was designed in the 1930s for the frequencies at the time (0-100 MHz).  It isn’t great for high VHF/UHF frequencies and is not weatherproof, but is very common on HF and mobile radios.  Use other connectors if possible. 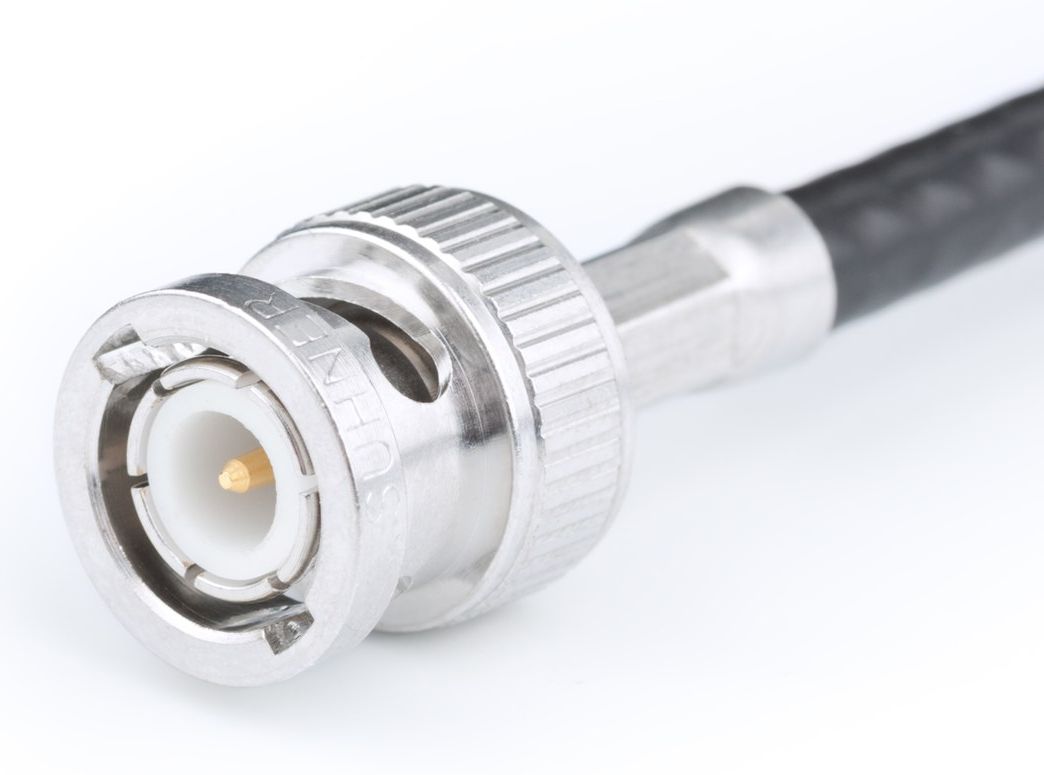 BNC (Bayonet Neill-Concelman) connector was designed in 1951 to be quick to connect and disconnect.  Handling frequencies from 0-4GHz, it’s good for field work, but not waterproof, so not for permanent outdoor installations.  Use 50-ohm cables, but in an emergency, you can use 75-ohm. BNC cables are common and inexpensive online. Paratus Radio will be selling BNC cables as this is our recommended connector. 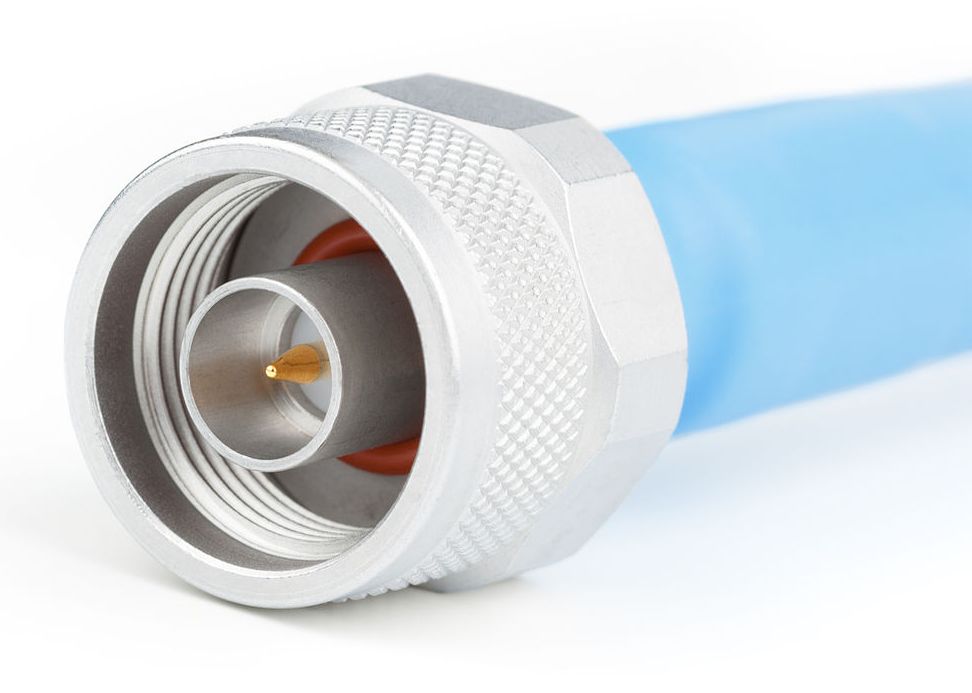 N (Neill) type connector was designed in the 1940s, is waterproof, and is good for higher frequencies (0-11 GHz).  It can handle large amounts of power.  There is a 50-ohm version (for radio) and a 75-ohm version (for cable television) that are not compatible.  The best use for N connectors is for permanent outdoor antenna systems. 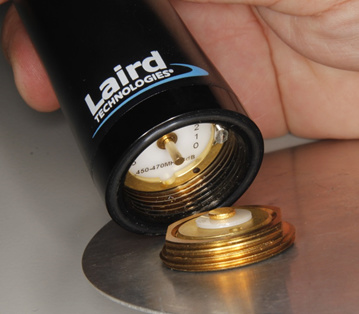 NMO (New Motorola Mount) has two waterproof seals and is a good choice for adding a permanent through-roof connector to a vehicle or boat.  It is threaded on top allowing you to swap out antennas on different frequencies.  We recommend you get any NMO mount professionally installed.

There are NMO magnetic mounts available for temporary use.

We recommend that the radio operator use inexpensive RG-58 or RG-8X cables with BNC connectors for most situations. Look for the flexibility of stranded core if you are packing these cables in your kit and heading out into the field.

If you have a special case where you are looking to install cable for a permanent installation, then you should consider the kind and type of cable you need, to have great performance with that antenna system.

Mike started to teach radio and radio skills to various people, families, and groups. After a few years, he created Paratus Radio to support this mission. Having training and gear available for reasonable prices, allows families to quickly get their communication needs met.

This website uses cookies to improve your experience while you navigate through the website. Out of these cookies, the cookies that are categorized as necessary are stored on your browser as they are essential for the working of basic functionalities of the website. We also use third-party cookies that help us analyze and understand how you use this website. These cookies will be stored in your browser only with your consent. You also have the option to opt-out of these cookies. But opting out of some of these cookies may have an effect on your browsing experience.
Necessary Always Enabled
Necessary cookies are absolutely essential for the website to function properly. This category only includes cookies that ensures basic functionalities and security features of the website. These cookies do not store any personal information.
Non-necessary
Any cookies that may not be particularly necessary for the website to function and is used specifically to collect user personal data via analytics, ads, other embedded contents are termed as non-necessary cookies. It is mandatory to procure user consent prior to running these cookies on your website.
SAVE & ACCEPT

Currently there is an issue with calculating shipping. Please contact me at sales@paratusradio.com so I can generate an invoice for you with the correct shipping. Dismiss